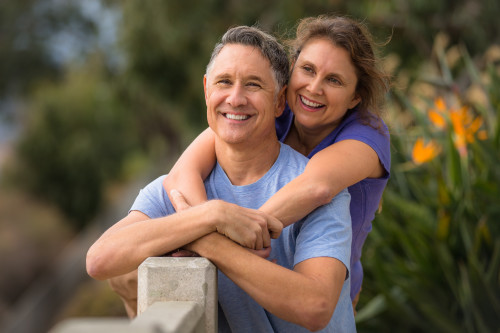 Why are some people aging nicely, while others look their age or even older? One thing you have to take into account is DHEA crème.

DHEA (dehydroepiandrosterone) when combined with Testosterone is a special crème that can help you with your low natural levels of DHEA and adrenal deficiency. As you age, you LOSE hormone levels. It’s been proven that many health problems are associated with LOW levels of DHEA including cancer, Alzheimer’s disease, diabetes, depression, obesity and senility.

DHEA is often referred to as the anti-aging miracle of the 21st century because it seems to reduce many aging-related symptoms and their effects on the body. Other benefits include increased energy, enhanced sex drive and improved sense of well being which are all helpful as you age.

Scientists have known about DHEA since 1934 so it’s been around for a long time. DHEA is a steroid hormone produced in your adrenal glands located just above your kidneys, and is the most dominant hormone in our body.

DHEA converts to, or stimulates the production of estrogen, testosterone, progesterone, cortisone and the many other hormones, as the body needs them so it’s pretty important when you’re talking about hormones. It has been called the mother load of some 10 different hormones associated with youth.

You may or may not know this but internal production of DHEA begins at puberty, peaks around age 25 and declines steadily after that as you age. By age 80, DHEA blood levels are barely detectable. Some suggest that the decline of DHEA is the cause of aging, sickness and death.

DHEA is now available over-the-counter in the form of a special homeopathic crème that you just rub on your body every morning after you shower. Body absorption rates differ. The effects of DHEA is based on individual conditions, including your age, dietary factors, and your current health status.

Your body’s DHEA is made from cholesterol and is structurally similar to other hormones. The adrenal glands make a lot of DHEA in the morning, but production declines rapidly during the day because the kidneys quickly clear the DHEA.

DHEA cremes are probably best for those people over 30, but can also help younger people with low natural levels of DHEA. There are no significant food sources of DHEA. Most doctors recommend morning usage in keeping with the body’s natural pattern.

DHEA, is the abbreviation for dehydroepiandrosterone. You might say that it is a “chemical cousin” of estrogen and testosterone. If you said that, you’d be correct. These two hormones are made from DHEA and DHEA is made from cholesterol, by your adrenal glands.

DHEA helps form the hormones estrogen and testosterone. It is also responsible for body functions such as “fat” and “mineral” metabolism, and “stress” control.

More recently, a number of health claims have been made for DHEA. DHEA may be an “anti-aging” agent, because restoring its levels to those found in 20-years-olds appears to have a rejuvenating effect.

It is also said that DHEA can prevent or delay the hardening of arteries, lethal viral infections, lowered immunity, obesity, and diabetes.

How much DHEA do humans have?

For the first few years of life, the adrenal glands make very little DHEA. But then, around age six or seven, levels begin to increase, and DHEA production peaks when we are in our mid-20s. At this point, it is the most abundant hormone in circulation.

Once we hit our early 30s, production begins to decrease, and by the time we hit our 70s we only have about 20 percent of what we had 50 years earlier. By age 85, it’s down about 95 percent.

Are low levels of DHEA are associated with disease?

Some of the more interesting research and theories on DHEA have come from C. Norman Shealy, M.D., Ph.D., who has been studying this hormone for years. In his research, he has discovered that low levels of DHEA (along with low levels of the mineral magnesium) are found in nearly all diseases, and that the only diseases associated with normal levels of DHEA are schizophrenia and alcoholism. In one of his studies, Shealy looked at DHEA deficiency in chronic pain and depression (J. Neurol Orthop Med Surg 17, no. 6 [199]). In 138 patients suffering from such diseases as depression, chronic headache, firbromylagia, spinal pain, and chronic pain, 93 percent were deficient in DHEA levels.

In an early human study, Dr. Barrett-Connor measured DHEA levels in blood samples taken from some 2,000 men and women between 1972 and 1974, and tracked the number of subjects who died from heart disease.

The original study, published’ in The New England Journal of Medicine in 1986, showed a 60 to 70 percent lower death rate from coronary vascular disease and ischemic heart disease for men with high DHEA levels, but a 23 to 103 percent increase in risk for women. Now available for the first time, DHEA crème for women! If you want a DHEA crème that has had some amazing results, talk to the doctor.

Schedule Your Appointment for DHEA