LASER IN ACTION
How does COLD Laser Therapy Work?

Cold laser therapy is a form of phototherapy or light therapy. The cold laser LLLT (low level laser therapy) produces a beam of light, which can be applied over the injured area to promote homeostasis, which creates healing. There is no pain with the treatment but there is increased circulation, reduction of pain, promotion of endorphins, which reduces pain and creates a systemic healing effect in the body.

When laser light is absorbed by a living tissue, it triggers biological reactions in the cells. Chemical substances are produced, released and carried by the blood and lymphatic flow to other parts of the system. In this way the effects of cold laser light may not be only local, but can also achieve wide systematic physiological responses:

A new weapon to effectively treat pain without harmful side effects. 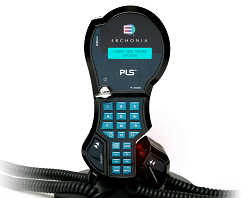 Prevalence of chronic pain in the U.S.

In the United States it is estimated that 56 million individuals suffer from some form of chronic pain annually. The prevalence of chronic pain accounts for the greatest number of work absenteeism than any other group of diseases, and the prevalence of chronic pain reports is estimated to increase. Often, people with acute or chronic pain (low back pain, a sore knee, or persistent neck stiffness) will quickly turn to over-the-counter pain medicine for relief; however, the FDA recently issued strict warnings regarding the misuse and overdosing of over-the-counter pain medications due to severe complications such as stomach ulcers, hearing disorders and liver failure. Further, a growing concern among physicians exists regarding the side-effects associated with prescription pain medication.

Overdoses of opioid prescription drugs now kill more people in the U.S. than do overdoses from heroin and cocaine combined —Source: WebMD

Stop the pain without harmful side effects.

Now there is a NEW revolutionary treatment that has been proven safe and effective by the FDA. Welcome to the Erchonia line of handheld low level lasers: XLR8™, PL5000, and Base Station.

How does it work?

Low level laser therapy (LLLT) or cold laser, is a painless, sterile, non-invasive, drug-free modality that is used for a variety of conditions such as, acute and chronic pain, body-contouring, acne and cellulite.

Housed within the mitochondria, the cell energy manufacturer, are receptors capable of absorbing distinct parameters of light. Think of these receptors like any drug receptors. When we consume a prescription medication, the compound is absorbed by the body and it locates a particular receptor, and based upon its molecular design, will bind to that receptor. Once the drug binds, a secondary reaction inside the cell takes place. A similar mechanism is observed when exposing the body to a particular color of light. During a laser treatment the light will penetrate the skin and is absorbed by this receptor within the mitochondria. Receptor stimulation with light promotes energy production, biochemical reactions, protein and growth factor synthesis, cell growth and proliferation and enhanced blood and oxygen flow.

Increased blood flow reduces inflammation that can cause pain.