Ban of pre-pack foods in other countries – Plano TX

80% of US Pre-Packaged Foods are Banned in Other Countries! 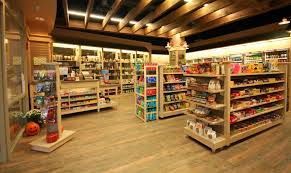 Very good advice is to shop on the outside aisles of a grocery store. That is where they keep the fresh and real foods. Most of prepackaged foods or convenience foods, as they are called, are full of preservatives, dangerous chemicals and hydrogenated and brominated products.

There is a new book you might want to consider: Rich Food, Poor Food by the authors Mira and Jason Calton. They give you a list of what they consider and proclaim to be the “Banned Bad Boys”. They include a list of ingredients commonly used in up to 80% of all American convenience foods that have been banned by other countries. They list the countries that have the exclusions and give you the facts which countries have banned the ingredients and why.

They list sweetened cereals, pre-packaged dinners, soft drinks, frozen foods and the breads that contain bromine along with many other non-foods or so called pre-packaged for your convenience. Many of these ingredients in other countries are considered so dangerous that they are illegal and carry serious fines if used.

Olestra is on the list. It is a commonly used in proclaimed low/no-fat snack foods and known to cause serious gastrointestinal irritation/inflammation and many symptoms related to its consumption. It is banned in both the United Kingdom and Canada. You may not be aware that Mountain Dew, Fresca and Squirt all contain brominated (contains bromine) vegetable oil, a substance that has been banned in more than 100 countries. It has been linked to many forms of thyroid disease, including cancer and autoimmune diseases. Please read the many articles I have written in the Puzzle Pieces on the Toxic Halogens, including bromine. You might not be aware that food coloring makes up many of the fast food restaurants ingredients. Very commonly used are yellow #5 and yellow #6, which is derived from coal tar. There are many ingredients listed that are used in shampoos that have been linked to allergies, ADHD, and cancer in animals.

Look for chemicals such as azodicarbonamide that is commonly used in frozen dinners, frozen potato and bread products. This substance is also use to make bleach and foamed plastics like those found in exercise mats. Azodicarbonamide has been banned in most European countries because it’s known to induce asthma. It is considered dangerous enough, that in Singapore a $500,000 fine and up to 15 years in prison is listed as a consequence of its usage.

In the US, Azodicarbonamide is approved to be a bleaching agent in cereal flour and is permitted for direct addition to food for human consumption. Butylated hydroxyanisole (BHA) and butylated hydroxytoluene (BHT) is found in Post, Kellogg’s and Quaker brand cereals, which is made from petroleum and is a known cancer-causing agent. It’s been banned in England and Japan but not in the U.S. This is why I insist only using the highest grade nutrition and supplements.